We’ve seen beauty everywhere this past year. Whether in marble, bronze, gold, fresco or oil, images of heaven have been depicted all over Italy; but none have been as stunning as the natural scenes made of sand and water in Sardinia.

After two days in San Teodoro, we traveled down the eastern coast to Cala Gonone, a town situated between rugged mountains of isolated wilderness and the cleanest, clearest water I’ve ever seen.

The nearby beaches are accessible only by water, so each morning, after packing sandwiches and a cooler of drinks, we rented a motor boat for the day and returned only after the sun had set behind the steep cliffs.

The farthest beach was only a 45 minute boat ride.

With her experience on sailboats, Stacia gets lots of practice tying knots, so she was in charge of fastening the anchor. Then Matt would pull up next to the beach and let us off before dropping the anchor 50 yards from shore and swimming in. 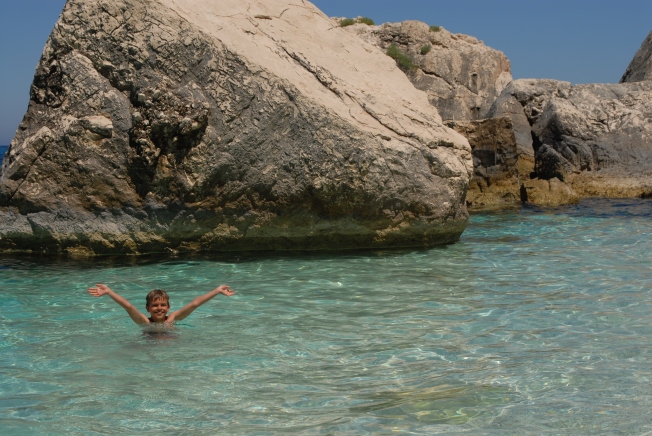 Cala Sorgente, the first beach we visited. There were only a few other people there. We found rocks to climb and deep, jeweled water for diving. 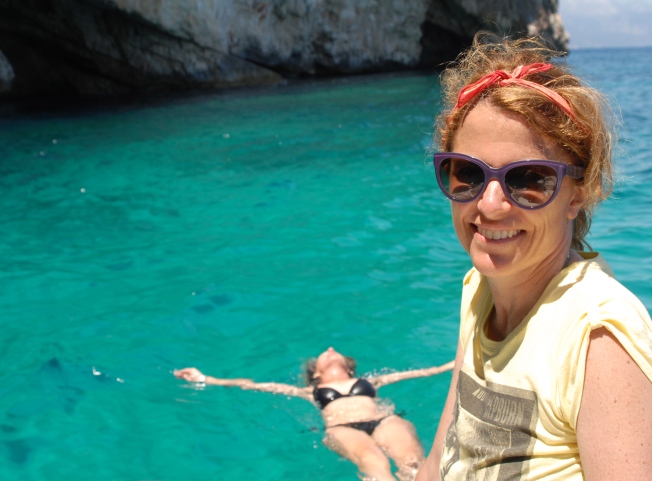 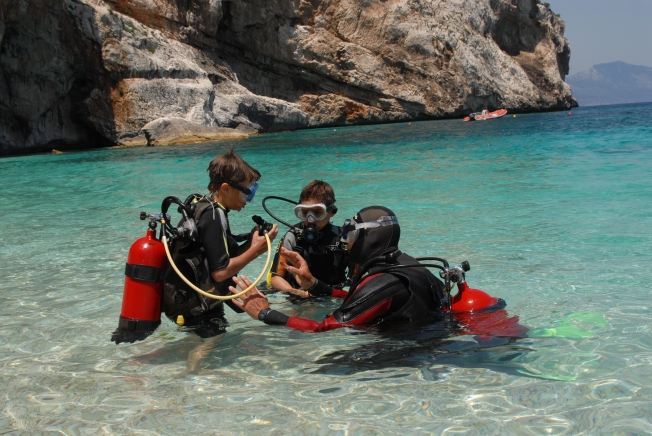 While we were playing on the beach at Cala Mariolu, someone offered to take the boys on a mini scuba diving adventure.

They say that when God created the earth, he was content, but then he created the island of Sardinia and was overjoyed.